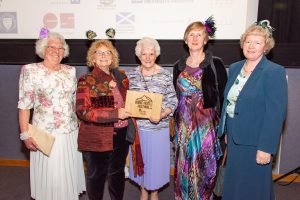 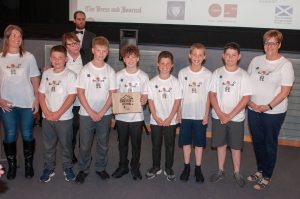 Plans have been unveiled for the return of an acclaimed film festival which took the North East by storm last year.

News that the lauded Doric Film Festival is set to return on October 1st coincides with the announcement that last year’s inaugural event, and its creator Scots Radio, have been nominated for awards in the prestigious Scots Language Awards.

The Doric Film Festival is the brainchild of Scots Radio Director Frieda Morrison, also a Scots Language Awards nominee, who created the unique platform to celebrate the Doric language and its cultural identity.

Entries on this year’s theme: “Jist Faar I Bide” are encouraged from individuals, schools and community groups representing as diverse a range of backgrounds as possible, with Doric as the common thread.  Participants need not be experienced film-makers as there will be the opportunity to learn key skills at free training sessions across the North East.

Once again, the Festival will feature three categories, namely Schools, Community Groups and Individuals with a £500 top prize to be awarded in each category.

The runaway success of last year’s Festival has resulted in a nomination in the first ever Scots Language Awards which will be announced in the Mitchell Theatre, Glasgow on September 27th.  Also nominated is John Black, headteacher of Meethill Primary School which won the schools’ section of last year’s Festival competition.  Sheena Blackhall, who wrote and read a special poem for the Doric Film Festival awards, will receive the Janet Paisley Lifetime Achievement Award at the Scots Language Awards.

Commenting on plans for this year’s Doric Film Festival, Frieda Morrison said: “After the success of the inaugural Festival, we are delighted to be launching a new competition which will open on October 1st.

“Again, we are looking for a five-minute film, in Doric, that celebrates the North East in all its crannies, colours and contermacious neuks.”

“This is the perfect platform tae hing thegither 21st century technology wi the Doric language in this remarkable corner of Scotland. The film competition is also aboot bringing fowk thegither and self-expression – feeling free to speak in yir ain language and be prood o it.”

She added: “We are delighted tae hiv been nominated in the Scots Language Awards and are particularly pleased tae see the North East sae weel represented.”

Film entries must be no more than 5 mins in duration, with all text and dialogue in Doric, and completed entries must be received by the end of April 30, 2020. An awards ceremony will be held on June 30, 2020, where the short-listed films will be presented on the big screen, before the winners of each category are announced.